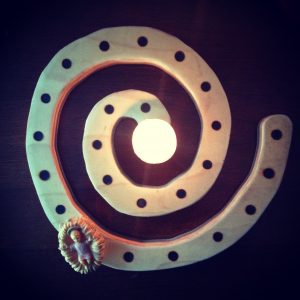 Advent is here and Christmas is coming! As you begin the preparations, wrap presents, light candles, hang stockings, and embrace the darkness that gives way to the coming Light, may you feel the deep, abiding, loving presence of Christ this year.

We all know the temptation to make “this year better than the last.” We feel the pull to reclaim something of the past or do a little more this Christmas to show people we care. It’s hard not to be drawn into this cultural practice. However, I want to propose an alternative option, something that may call us deeper into the season through the acceptance of the goodness of “enough.”

Through the stories of God’s people, there has always been this temptation for more, for something greater. In the Old Testament, it was the drive to have a king, to have the grandeur of wealth and authority which come from a powerful monarch’s rule. To be like neighboring societies — to be strong. This desire evolved as the New Testament story unfolds. There was expectation and hope for a king that would raise up and overpower the Roman Empire, a king that would raise up Jerusalem to its rightful place, to make the people of God as powerful as they were destined to be.

The quest for a powerful ruler betrays a belief that how we have ordered society or what things we have as a people are “not enough.”

Here, instead, is the alternative way: A young, unwed mother gives birth to a vulnerable child in a humble stable. The birth is celebrated by rugged sheep farmers and mystic sages from lands afar. The powers of the empire are not undone — rather, this new child must flee to a foreign land as a refugee to escape ethnic cleansing. And yet from this inception point of the Christmas story, we witness the rise of a whole new way of being human, a way which lifts up the low and undermines the powerful and turns all the longing for power and privilege on its head by promising all creation that they have enough as they are received by God’s loving and grace.

This is our story — that there is enough in the world in Christ alone. That God provides enough for our needs. That together, as God’s gathered people, all around the world, there is not a need for some greater ruler, but rather that as a collective of people who embrace the way of love for God, neighbor and even enemy, that all people can be welcomed into the “enough-ness” freely, gracefully, now. That in Christ the humble, servant King, we have found the fullness of belonging and wholeness that we have been longing for.

What if, this year, we let go of the expectations for “better” or “more” and rested in the “enough-ness” of Christ? It might look like something as simple as pausing to say, “thanks,” for all that we have, the food on the table, as grand or as simple as it is. Or the presence of people in our lives (the messy and wonderful people we choose and the family we don’t and the beauty of them all as they are). Or the humble child who we call Wonderful Counselor, Everlasting God, Prince of Peace — not because he rose up as a great earthly ruler, but because out of the enough-ness of his humanity and fullness of lovingkindness and grace in his divinity, Christ set us all free from the need for more, the need for a king, the need for all things to be perfect or more than they are.

What if this Advent were to become the Season of Enough? And what if, by receiving what we have been blessed with and letting go of the desire for more, we find the deeper, truer, more grace-filled beauty of Christmas in the end.

This site uses Akismet to reduce spam. Learn how your comment data is processed. 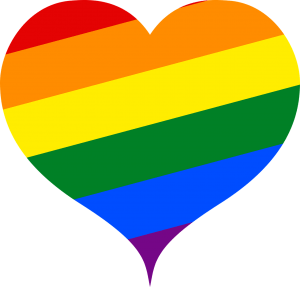 Sunday Worship Service
10:30 am – What to Expect

Adult Bible Study
9:00 am – In-Person and Online via Zoom
Studying The Apostles’ Creed during Lent